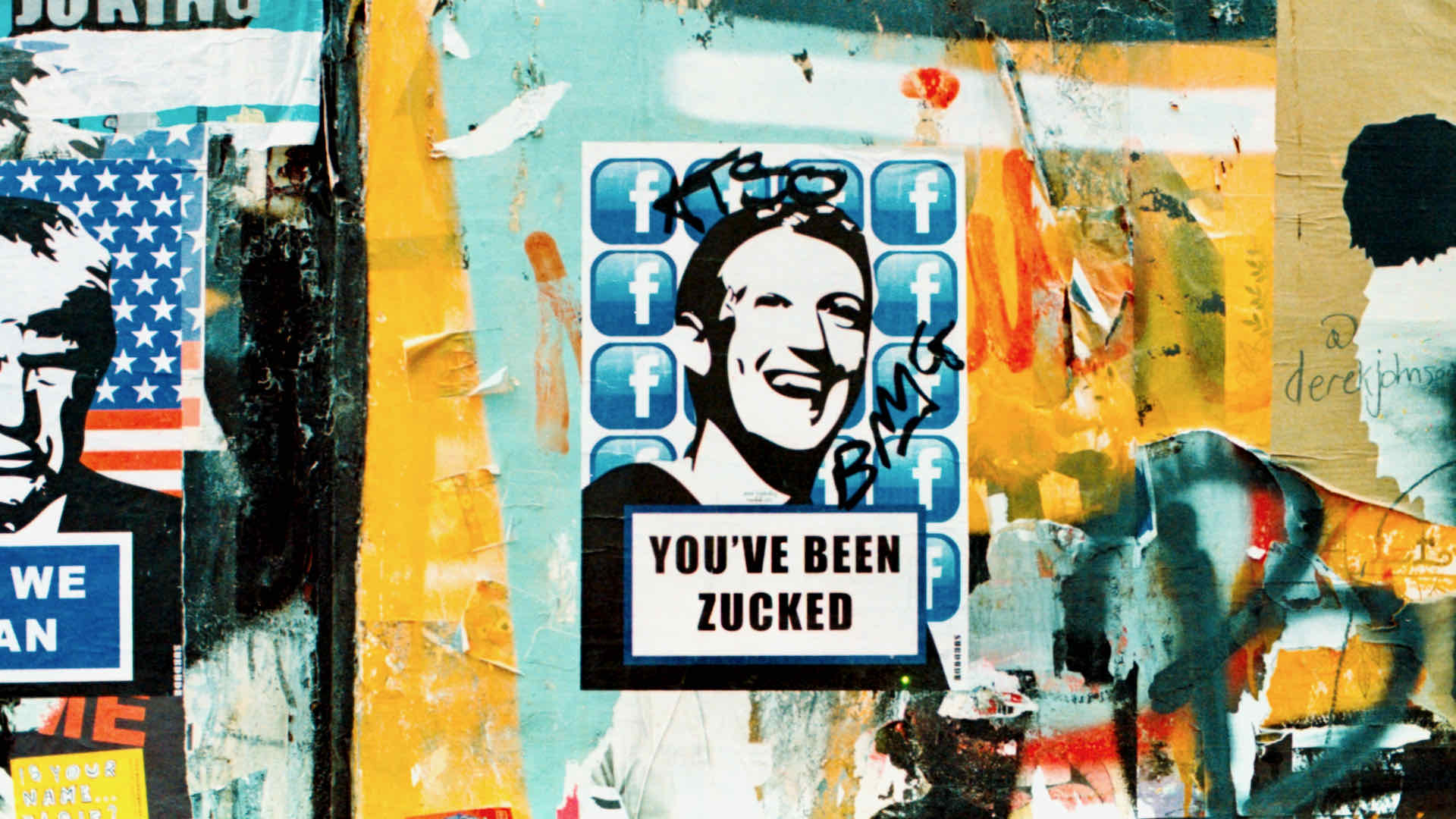 How WhatsApp Plays You for a Fool

WhatsApp is a Trojan Horse, a tool to make money from your private life. Switch to Signal Messenger to enjoy both privacy and convenience.

WhatsApp is playing each of its users for a fool. Facebook (now rebranded as Meta) – which has owned the platform since 2014 – fixes the relationship with over two billion people to its hidden yet distinct advantage.

On a good day, the company’s side of the WhatsApp bargain is characterised by low transparency; on a bad day, by shameless misinformation. People download and use WhatsApp for one reason; Facebook maintains the platform for quite another.

The sham begins when a person clicks on the familiar green icon. A user wants to boast about the cocktails she made last night, ask how her friend’s date went, or share a photo of Bulldozer’s new puppies. Facebook cares little for such sentimentalities. For the social media giant, the strapline of ‘Simple. Secure. Reliable messaging.’ serves to distract people from WhatsApp’s overarching purpose.

Facebook bought the platform for US$22 billion, a cost of around US$55 per user. Three years later, WhatsApp co-founder Brian Acton clashed with Mark Zuckerberg over plans to monetise the app. Acton lost US$850 in unvested stock when he left the company. Under the ownership of Facebook, WhatsApp has become a tool to mine personal data.

WhatsApp is a Trojan Horse

In their privacy statement for Apple, Signal’s developers say that they collect a single item of data – the phone number. In exchange for your number, then, you can use Signal to weep over your ex, hear why George was fired, or show off your new heels.

With WhatsApp, however, a phone number buys you nothing. Take a look at the privacy declaration for the App Store. WhatsApp collects thirty-two items of personal and other data to serve five broad purposes – Facebook’s purposes, of course; not yours.

The app gives Facebook access to your latest social graph (people you know), location, and other behavioural information. Be aware that all this data is linked to your identity in the real world. (Signal makes no such connection.)

Facebook’s mission is to change your behaviour

Does this matter? After all, if we must see advertisements, then surely they are better for reflecting our interests? But we are foolish to think that Facebook ads are as harmless as the billboards on Piccadilly Circus.

In the early days and with limited information, Facebook could describe your individual preferences to advertisers. As it sucked up more data, the company learned to predict how you might behave. Now Facebook knows so much about you that it can manipulate your behaviour in the real world.

As with WhatsApp, asymmetry defines the relationship between Facebook and its users. People use the platform to keep in touch with friends and share what is happening in their lives. Many also – sadly – take Facebook as a source of news and other information.

Offering a way to ‘Connect with friends and the world around you on Facebook.’ is not what drives the company. Rather, this functionality is how Facebook extracts data to build a profile on you, which it then indirectly sells to marketers, politicians, and others who aim to change your behaviour.

Let us not forget that data collected through WhatsApp is combined with Facebook posts and clicks, browsing history, activity on other websites, and real-world interactions.

Facebook analyses data it holds to assess your personality, preferences, and mood. The company uses its algorithms to predict the moment when you are most open to, for example, voting for Donald Trump, or spending half your salary on a new handbag. Facebook then carefully nudges you to take the real-world action that benefits its advertisers.

Facebook is a key node in a network of surveillance that funds and shapes the ‘free’ internet. Much of this exploitation goes on regardless of whether you use the platform.

You can control the data that you enter into your keyboards. But, you cannot access, cannot change, cannot restrict, and cannot delete the other data that algorithms have added to the unique ‘shadow’ profile that Facebook holds, without your explicit permission.

This means that you have no way of knowing, or influencing, what Facebook ‘says’ about you to companies, governments, or other authorities. You cannot control who receives data based on this profile. You have no say over the judgments or decisions that people or computers in these organisations go on to make.

Many of us believe we are immune to these shenanigans. This may well be true, although it is unlikely. Facebook has at its disposal not only vast capital reserves but also several hundred thousand years of evolution.

Facebook abuses our human need for social connection and approval to keep us coming back for more ‘Likes’. Its design weaponises the mesolimbic (or reward) pathway in the brain to foster addiction and leave us vulnerable to the artifice of the twisted world of social media.

Facebook wants to keep you on the platform – first, to gather more data so as to target you better; second to expose you to the advertisements that generate its revenue.

To this end, Facebook astonishes or comforts you with fake news. Facebook wastes your time on ‘pseudoevents’ such as Bean Dad or the stomping feet of Chris Chan. Facebook irritates you with ridiculous articles and senseless posts that keep you commenting into the night.

Facebook involves you in circular arguments with people you never meet. Facebook places you into a non-existent reality with lookalikes who agree with everything you say. Facebook makes you feel proud because the rest of the world is so stupid.

Facebook knows what will stir your emotions and leave you unable to walk away. Facebook is adept at digging up material that will frustrate you, offend you, incense you, and hurt you. Facebook also knows how to frustrate, offend, incense, and hurt your child.

On 1st January 2022, Facebook (Meta) had a market cap of US$935 billion, making it the seventh most valuable company in the world. The ugly, fake reality that Facebook has created is good for business. But it is bad for individuals and bad for society.

Or take 90 minutes to watch The Social Dilemma, which sets out (for example) associations between social media use and declining mental health, even teen suicide. The docu-drama explains how this ecosystem is rewiring our minds – ‘changing what you do, what you think, who you are’.

WhatsApp is fabulous at marketing. You likely were exposed to recent ads on the London tube, on the walls of shopping centres, or on the radio. As Facebook again forced users to accept its new terms and privacy policy, the company blitzed the world with reassurances that no one at WhatsApp could read users’ messages.

WhatsApp’s end-to-end encryption (which originated in the Signal stable) means that this is true. It is also irrelevant. This tub-thumping about encryption serves to divert your attention from how Facebook abuses your data.

Metadata (rather than message content) such as the emissions from your use of WhatsApp gives Facebook enormous power. As former head of the National Security Agency (NSA) and Central Intelligence Agency (CIA) retired general Michael Hayden said, ‘We kill people based on metadata’. Simply, Facebook does not need to learn about your immoral taste in wallpaper, or about the latest havoc caused by your hairdresser, to manipulate the behaviour of you or your friends.

On 7th January 2021 Elon Musk encouraged his Twitter followers to ‘Use Signal’. This messenger has the functionality of WhatsApp, and more. Signal is owned by a US-registered 501(c)(3) non-profit, funded through donations. Unlike WhatsApp, the organisation has no incentive to harvest your private life for profit. US law also prohibits such a non-profit from lobbying Washington, whereas Facebook in 2020 spent almost US$20m on lobbying amid ongoing federal and state antitrust lawsuits.

Billions of us have given up privacy for the sake of convenience, or because we did not know how Facebook was exploiting us. But we now hear every month how this company foments chaos in the public square, and – when we are most vulnerable to manipulation – interferes with our personal lives.

WhatsApp does not exist in isolation of Facebook’s business model. To use WhatsApp is to enable the harm – to individuals and society – that Facebook causes in its pursuit of revenue.

There are better ways to interact with friends and others. Apps such as Signal give everyone the means to reject Zuckerberg’s Faustian bargain and adopt a more thoughtful approach to online communication.

As WhatsApp users we must each ask ourselves the question: How much longer do I want to prop up Facebook, against my own interests and against those of the world around me?

Enter your e-mail address to receive Quiddity, for no-nonsense reflections on love, books, and the bedlam that is our world today. (Click on the link in the e-mail you receive to confirm it is really you.)